SoftAmbulance Partition Doctor
only for
$139.9

this feature is available in all our software products. It allows you to recover data even from almost “dead” disk. If your hard drive still spins and can be detected by operating system, our software can read and detect even totally unstructured data.

we use advanced know-how for recovery from SSD disks. Including and not limited to SSDs, Hybrid HDDs, memory cards and USB-flash

after re-partitioning your drive all data is deleted as the whole structure of a file system is deleted, and all files stored on this drive become trash that no one can get a control of. We can!

our products support NTFS till the last bit from version 1.2 and higher. Such a strong integration guaranties the best possible recovery results because we use all the advantages of NTFS v.3.0 and 3.1 that provide reliability and security, making them work for your welfare.

reads and restores FAT file system. It's used in memory cards, mobile devices, players and computers. Despite being far from perfection and pretty old FAT is still popular and will remain being used for at least 5 years. VFAT, FAT12, FAT16, FAT32 are supported.

Partition Doctor is designed to ease you life and able to scan and recover health or corrupt data from HFS disks successfully dealing with data recovery and data transfer between systems. If you need to run scan on MAC OS, just run it under Parallels environment it will do just fine.

this is our patented technology designed to read unstructured data from a disk with the following detection of certain file types. At present more than 150 of various file formats are supported. We try to cover different needs from multimedia to office file types, including very specific 3DStudio Max, CAD|CAM and many others. Moreover, their number increases continually, and we try to meet our customers' requirements with adding new file formats being supported.

the backbone of all SoftAmbulance products. Searches and restores deleted files within a file system. It works very precisely that results into high quality of restored files. Indispensable when it comes to data loss, very aggressive viruses action, childish pranks or your competitors operation.

as opposed to the majority of data recovery software on the market, our products make it possible to preview restored files before you purchase a product and save a recovered result. Thus you avoid buying pig in a poke, but have an opportunity to check if it's exactly the “pig” you need!

almost all our products can create and use virtual disks. It lets you make an exact copy of a “dying” disk on a safe carrier and then work with it. After scanning for 2 or 3 times, a damaged disk can crash down, and then you'll have to use hardware data recovery methods, that costs much more and involves experts and specially equipped labs.

all our products are designed to be integrated with various devices, that can be installed in PC and connected to it via different ports and interfaces. Practically all devices are supported: from memory cards and USB flash to external HDD and TWAIN digital cameras.

usually when you need to recover data, its size appears to be so big that can't be stored on the same computer. So we suggest alternative ways for saving data being restored: to burn it to CD or DVD, to download it to FTP or to use as a virtual disk.

2. Check if you can see the required partition on the list and double-click to open it

3. If there isn't a partition with the lost data on the list, double-click to open a physical disk

4. Scan partition or disk in Full Recovery mode selecting a correct file system that should be searched for

5. Browse folder tree and use the built-in preview to check the contents of recovered files

6. Consider purchasing a product to instantly unlock the save feature 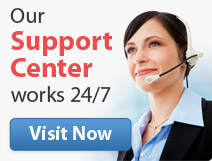 Uneraser makes it easy to undelete all kinds of files from all types of storage media.